“Such a fine, sunny day, and I have to go... but what does my death matter, if through us, thousands of people are awakened, and stirred to action?”

These were the final words of Sophie Scholl, spoken just before she was executed by guillotine in Germany on 22nd February 1943. Prison officials, when describing the scene later, emphasized the courage with which she walked to her execution.

Sophie, along with her brother Hans and a couple of fellow students at the University of Munich, had formed an underground organisation called “The White Rose”.

Over the summer of 1942, and into early 1943 they distributed anonymous leaflets criticizing the German regime, encouraging their fellow citizens to passively resist the Nazi government.

A series of six leaflets were published, and it was while distributing the sixth leaflet at the university they were captured and imprisoned.

Here are just a few quotes pulled from the publications:

Isn't it true that every honest German is ashamed of his government these days? Who among us has any conception of the dimensions of shame that will befall us and our children when one day the veil has fallen from our eyes and the most horrible of crimes—crimes that infinitely outdistance every human measure—reach the light of day?

— 1st leaflet of the White Rose

Since the conquest of Poland, 300,000 Jews have been murdered in this country in the most bestial way ... The German people slumber on in dull, stupid sleep and encourage the fascist criminals. Each wants to be exonerated of guilt, each one continues on his way with the most placid, calm conscience. But he cannot be exonerated; he is guilty, guilty, guilty!

— 2nd leaflet of the White Rose

Why do you allow these men who are in power to rob you step by step, openly and in secret, of one domain of your rights after another, until one day nothing, nothing at all will be left but a mechanised state system presided over by criminals and drunks? Is your spirit already so crushed by abuse that you forget it is your right—or rather, your moral duty—to eliminate this system?

— 3rd leaflet of the White Rose

This final quote from the third leaflet (above) seems very relevant today.

Will we allow those in power to take our freedoms from us one by one? Are we already so crushed?

It is clear why a new movement, building worldwide, has taken inspiration from these heroes of the past, and once again has taken on the name “The White Rose”.

My initial accidental discovery of the modern-day White Rose organisation was an image I saw on Twitter of a sticker on a park bench, defining the term “conspiracy theorist”.

I thought the definition was very witty, and quite subversive.

The sticker had a link to a Telegram channel (https://t.me/jointhewhiterose), which I typed into my browser, and thus began my voyage of discovery, both about this modern iteration, and about the historical context of “The White Rose”.

The concept is simple, and true to the ideals of the original group of German activists. Simple ideas and suggestions, put in view of those who perhaps don’t yet see the full scale of what is unfolding around us, encourage a questioning of the narrative. It is a wonderful expression of non-violet resistance.

There are hundred of different stickers which are free for anyone to use. The easiest way to become part of the movement is to buy a label printer and some rolls of labels ready to print, download the files, and you’re ready for action.

If you can’t afford a printer, or don’t yet have one, it is possible, via the Telegram app, to have some stickers sent to you for free.

Or if you’re feeling like taking a more active role, you can become a supplier, and anonymously send out stickers to those who want some.

The White Rose group are very clear in their guidelines about what to do, and what not to do. The goal isn’t to annoy anyone by stickering businesses, but to simply raise awareness, and promote some critical thought.

And here are just a few of my favourite stickers: 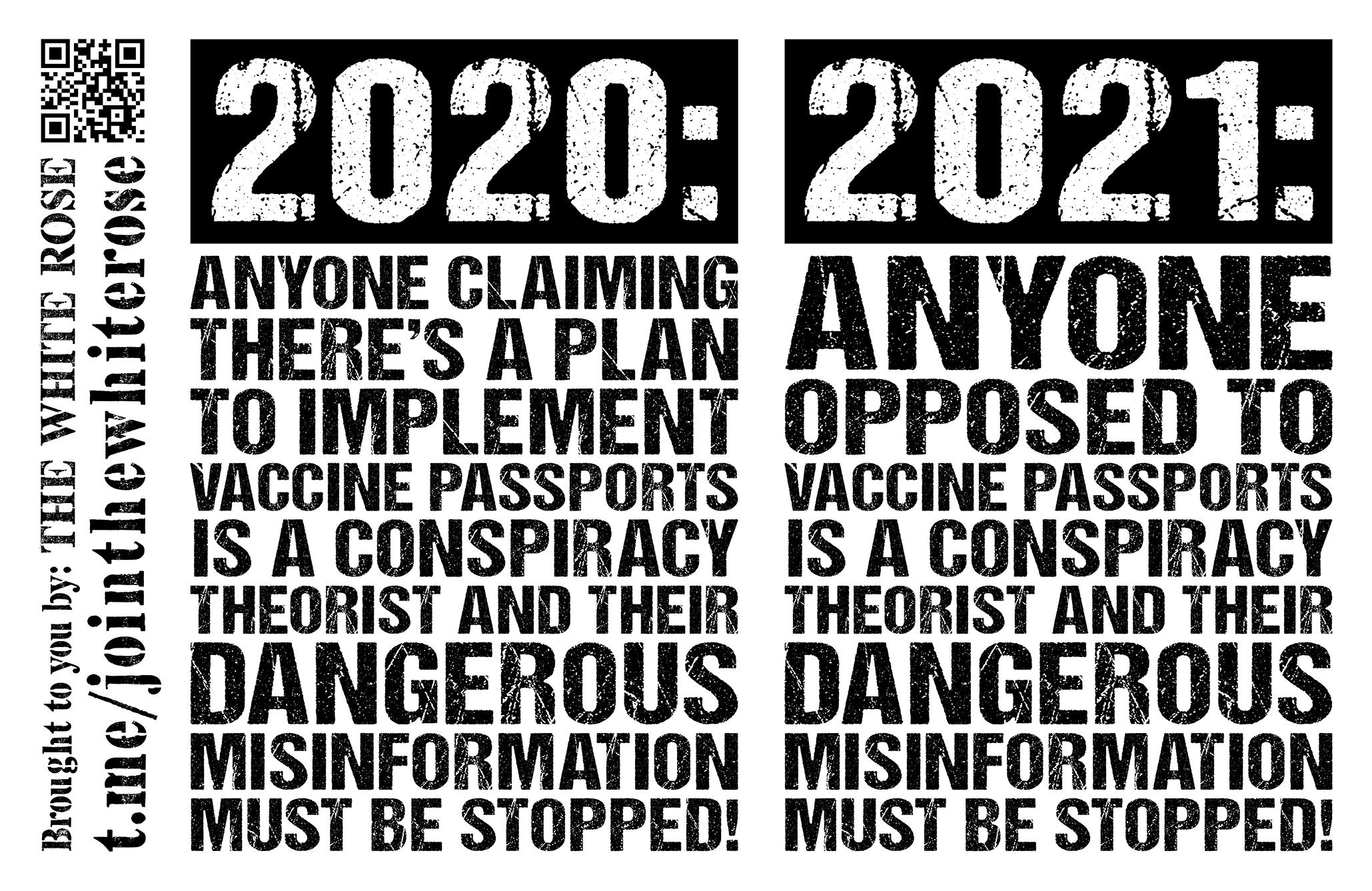 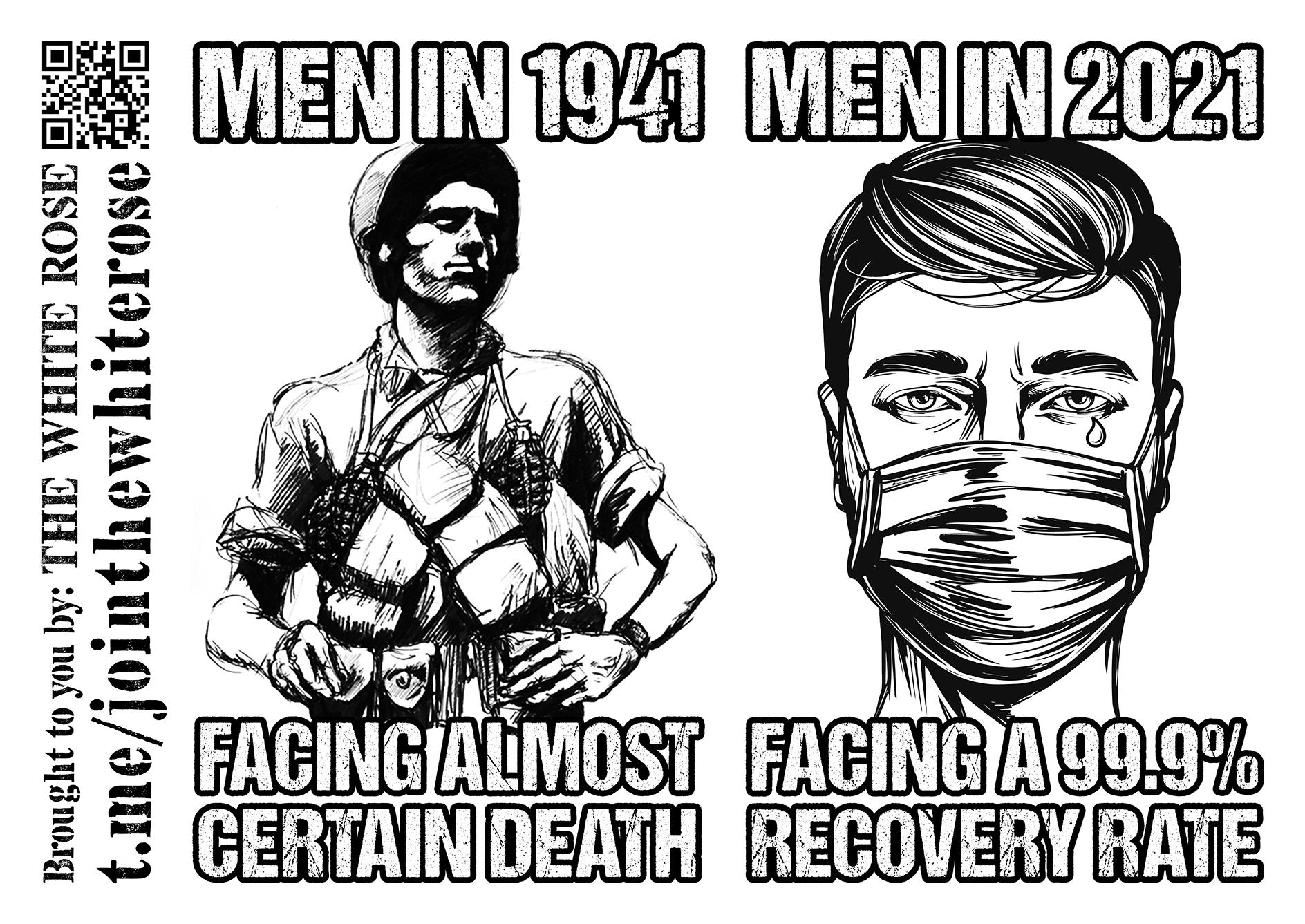 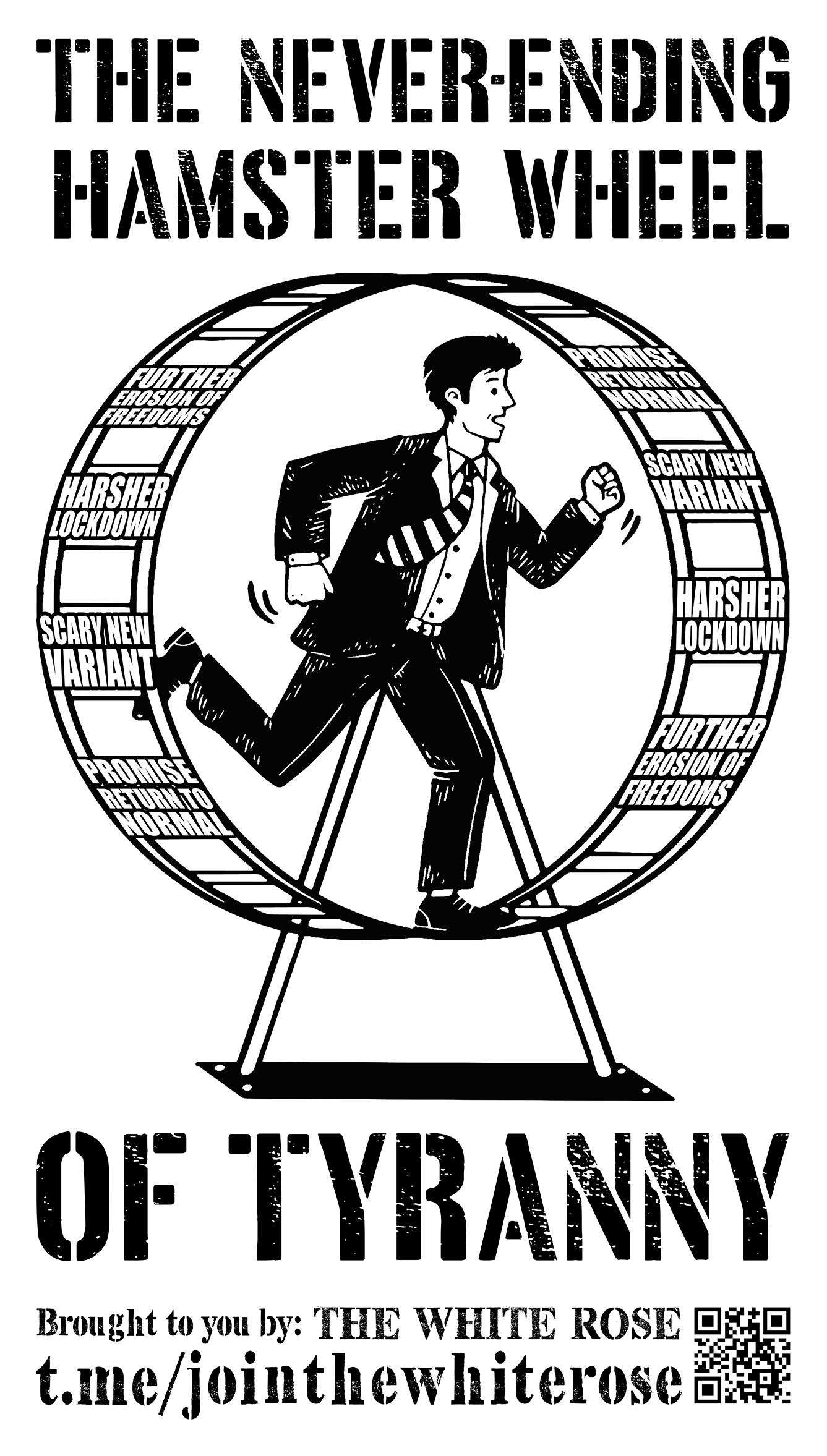 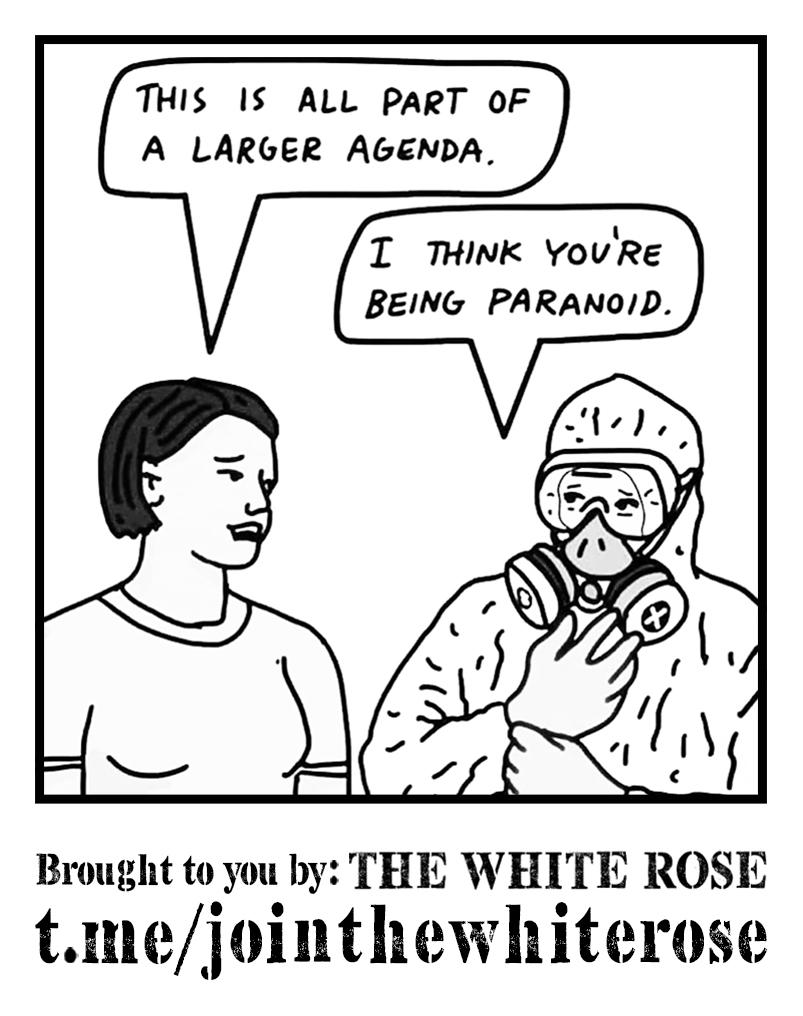 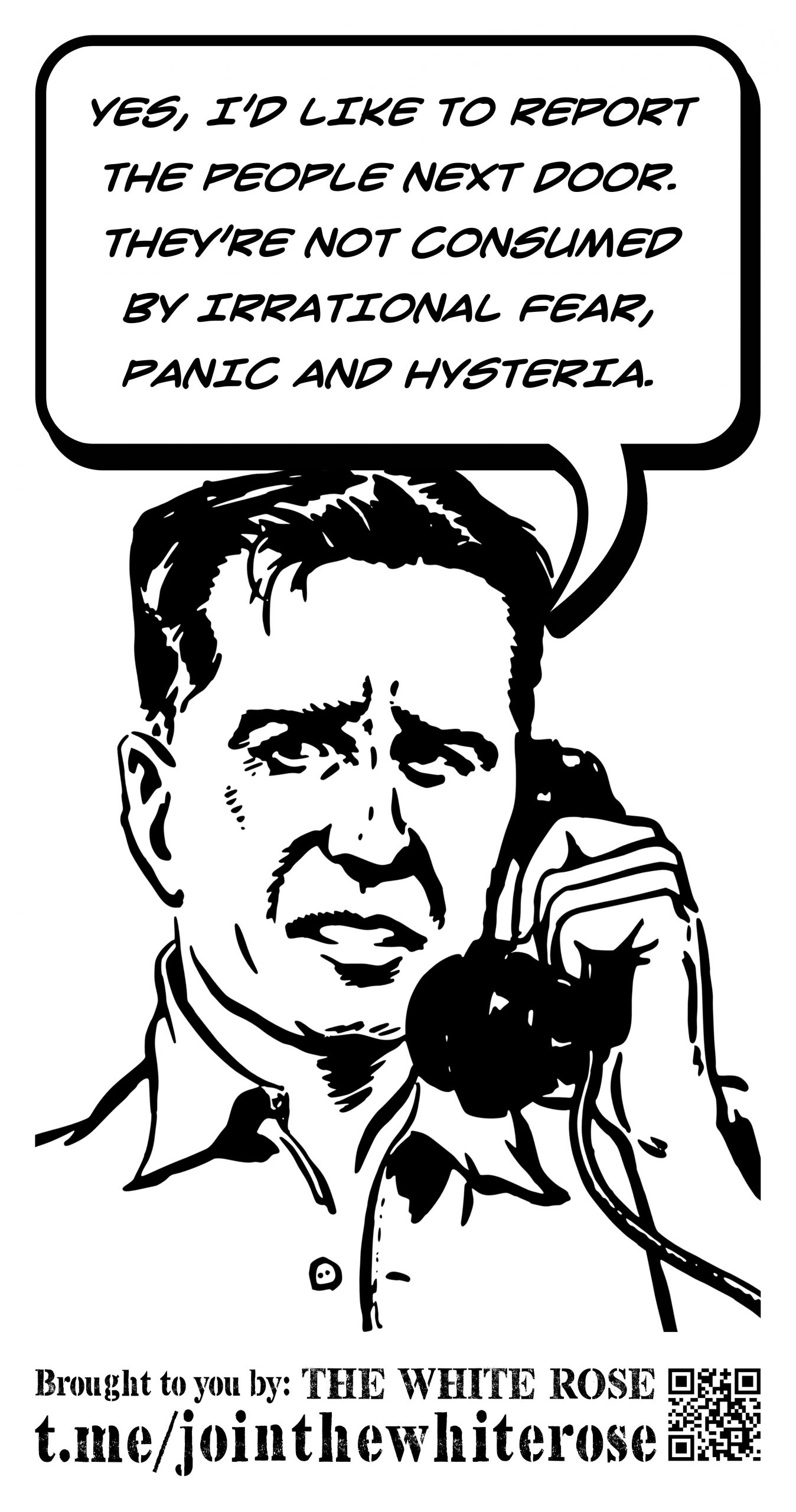 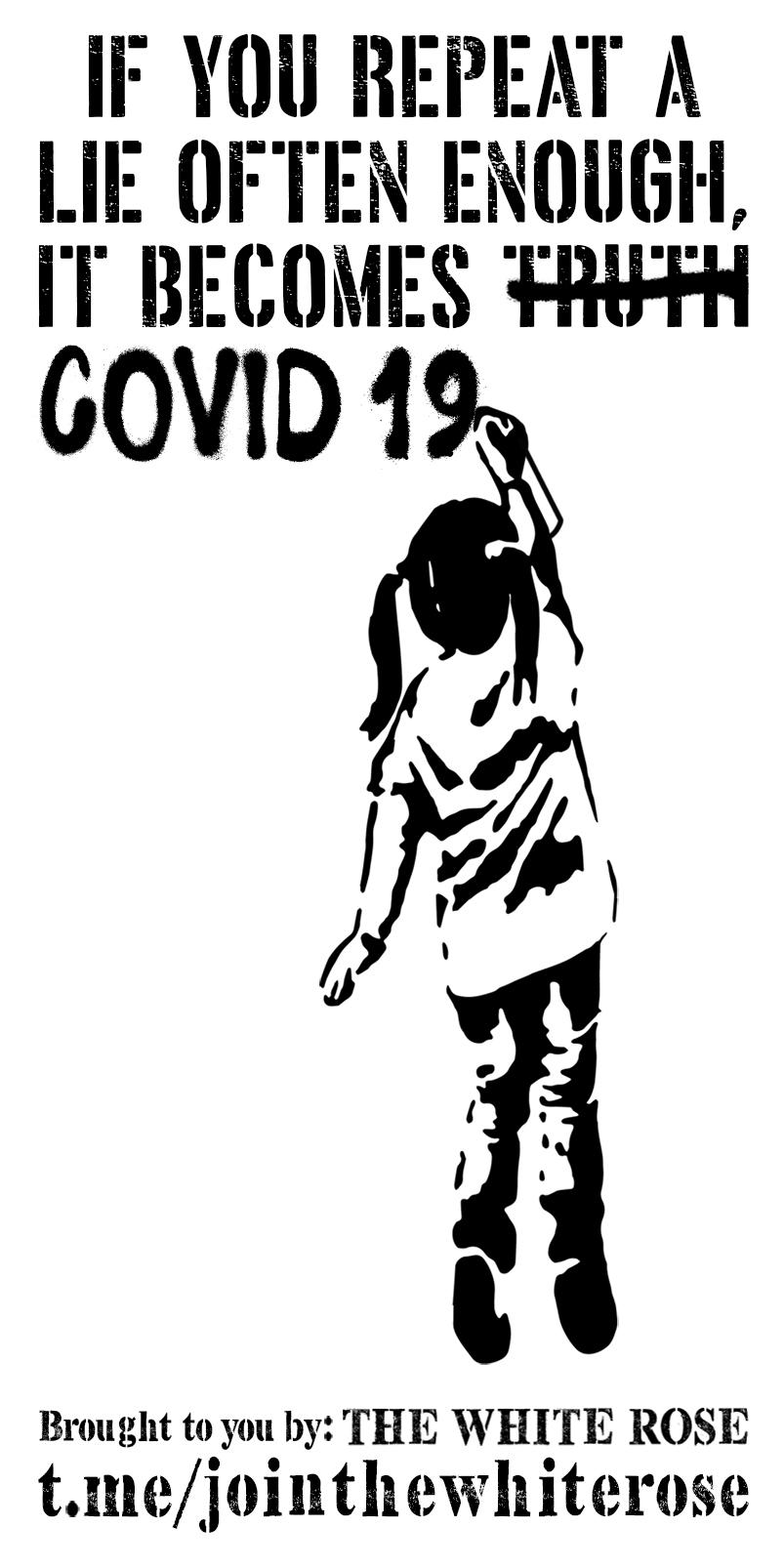 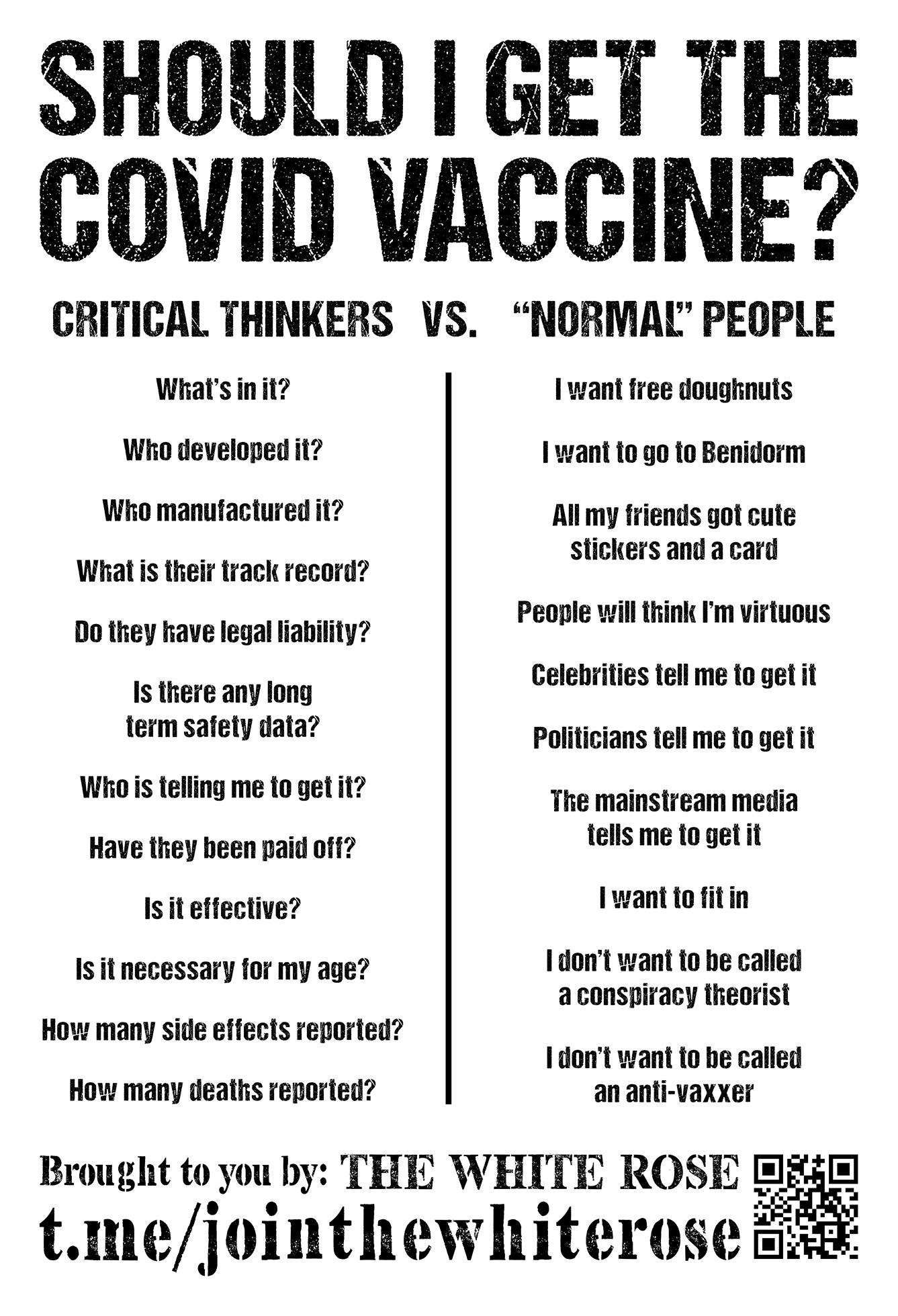 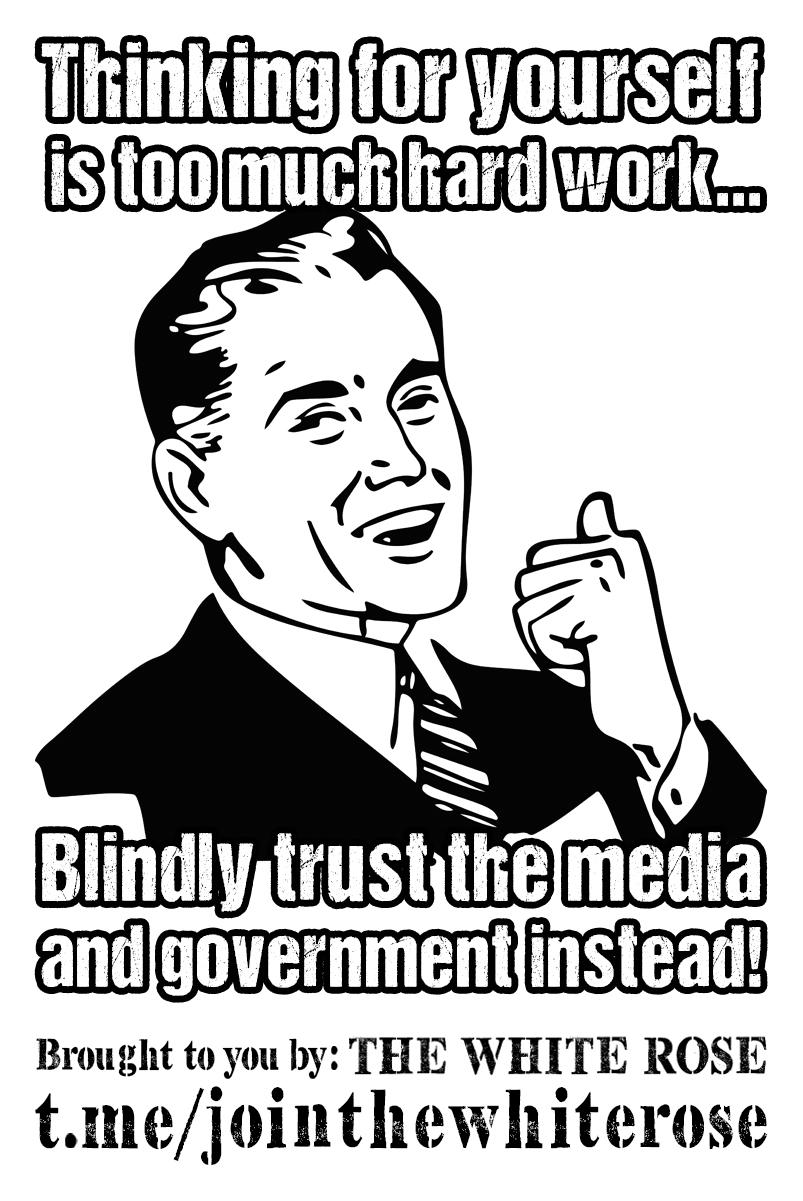 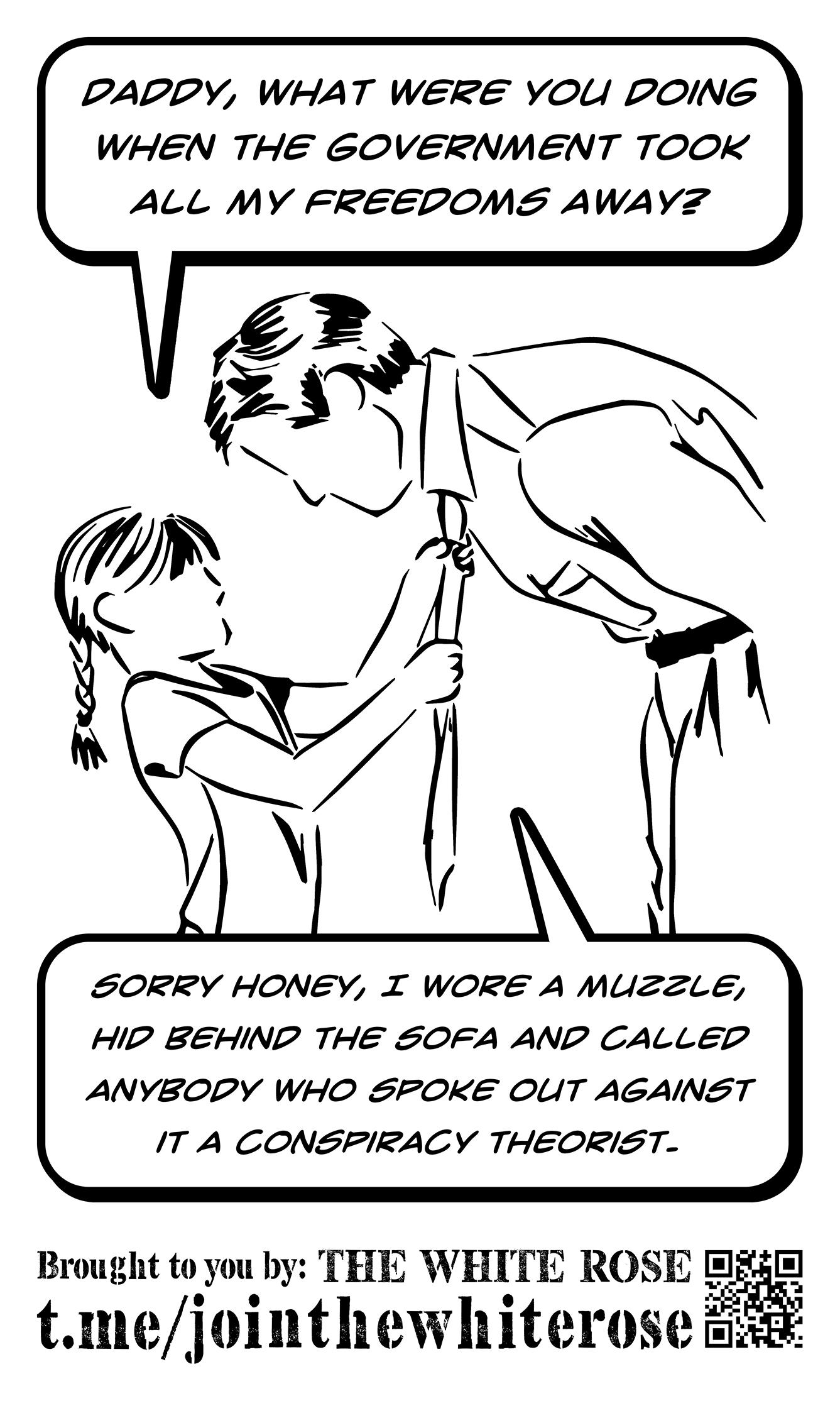 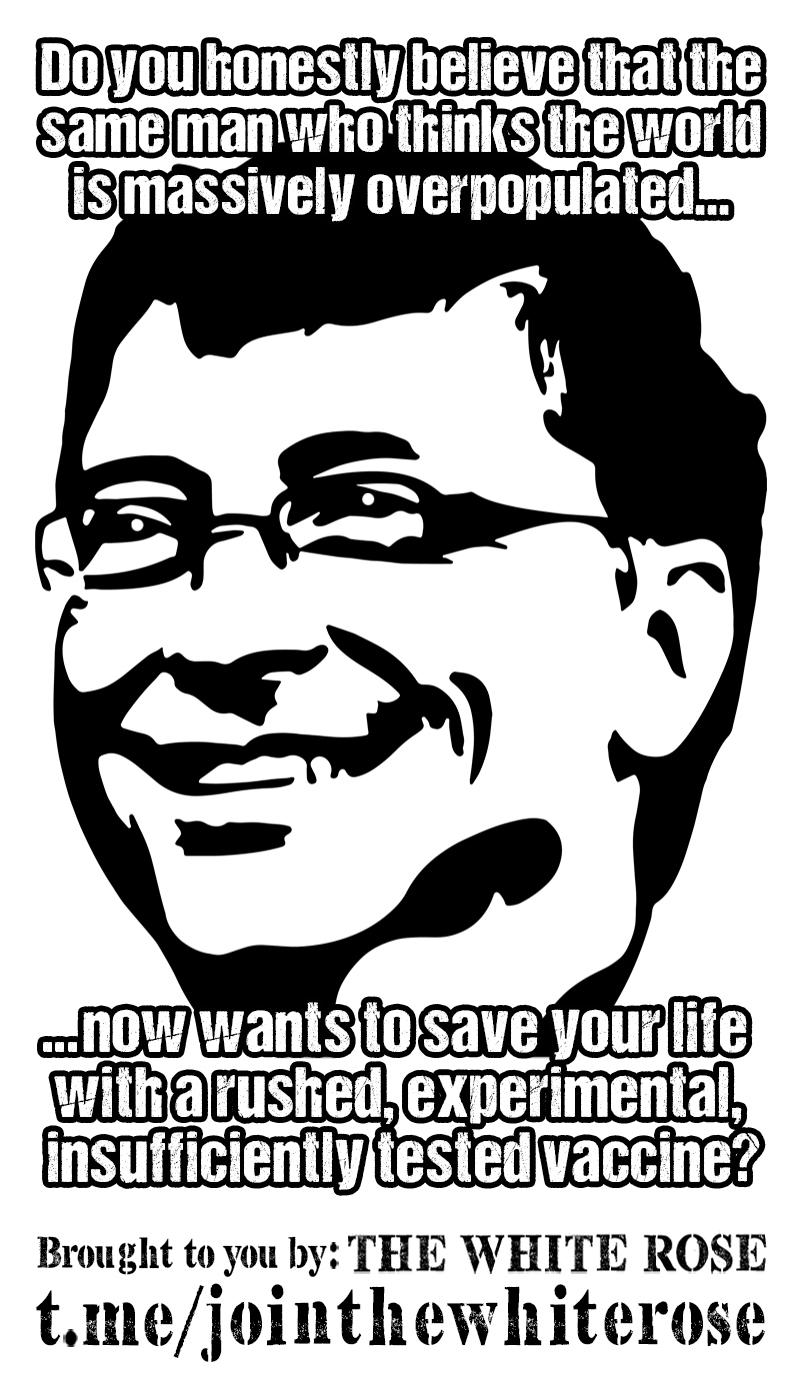 Get free stickers (rest of the world)
@twr_world_bot