As we walked home through the dark silence of the empty town centre our voices sounded loud as we joked and laughed about the evening we’d enjoyed. It was around 4 in the morning, and even the last stragglers from the nightclubs had gone home.

When we stopped talking and laughing the silence was absolute... except for that one little buzz for half a second or so. “Did you hear that?”

We’d both heard the noise, but couldn’t detect the source, and had no idea what it might have been.

As we continued up the pedestrianised main street, every 30 seconds or so we heard the noise again. The same each time, a quiet little buzz, quick and subtle, but very real.

Each time we heard it we’d stop and look around, but remained confused.

At first the noise had sounded like it was ahead of us. As we headed further it seemed to be above us, and finally as we approached the end of the high street the noise was behind us.

“There!” my friend pointed triumphantly, high on the corner of the shopping arcade. “It’s a camera.”

We headed back to take a closer look, and as we did so the camera moved, and the motor buzzed. There was obviously someone watching us as we walked through the empty town centre, moving the camera occasionally by remote control to keep us in the field of view.

We waved at the camera, and the motor buzzed to life as it “nodded” up and down. We both burst out laughing. I imagine the operator watching us remotely on a screen somewhere, presumably at the police station, laughed too.

We imagined his initial confusion as we had kept stopping to listen intently, followed by a realization that we were hearing his camera motor, and his amusement at our ultimate discovery of his “presence”.

It felt like a friendly and fun interaction. The three of us were the only people up and about at this hour, and the humorous acknowledgement of each others’ presence felt quite comforting in a way.

The camera was obviously there to watch for potential trouble in the town, and it must have been easy for our observer to conclude we weren’t out and about with bad intentions. If we had run into trouble of any sort, we imagined our watcher would have help dispatched pretty quickly.

Big Brother is watching you

This happened in the early 1990s, where in smaller towns across the UK security cameras were still fairly rare, although not unknown.

At that time, as far as I was concerned, those cameras didn't have any of the "Big Brother" feeling that is so often associated with the modern surveillance state in which we now live.

When I look back at that period in my life, I now think of it as the era, for me, of “peak freedom”.

But it was obviously the beginning of a massive rollout out of technology which was about to alter the world as we knew it.

Until 1997 I never had any desire to use a computer. But I could see the growth of technology was going to be fast, and realised I needed to learn about such things in order to keep up.

Within a couple of short years, by the end of the millennium, I was a regular user of email to stay in touch with friends and family while travelling, and was looking forward to digital cameras to preserve memories.

Just 20 short years later, look at where we are now, living in a semi-digital world which would fall apart if anything happened to the internet, and interrupted all that "connectivity".

We have cameras with facial recognition software on every street corner, on public transport, and in shops. That feeling I had in the early 90s, of a friendly watcher keeping an eye out for trouble, has been replaced by a more ominous sense of living in a "track and trace" dystopia.

We've gone through a massive technological shift in a very short timeframe, and we're obviously going through another huge shift right now, quickly heading towards a "new normal".

Along with my best friend as my business partner (with whom I wandered home through the dark town that night) I ran a beach-based business.

We rented out jet skis to holidaymakers. 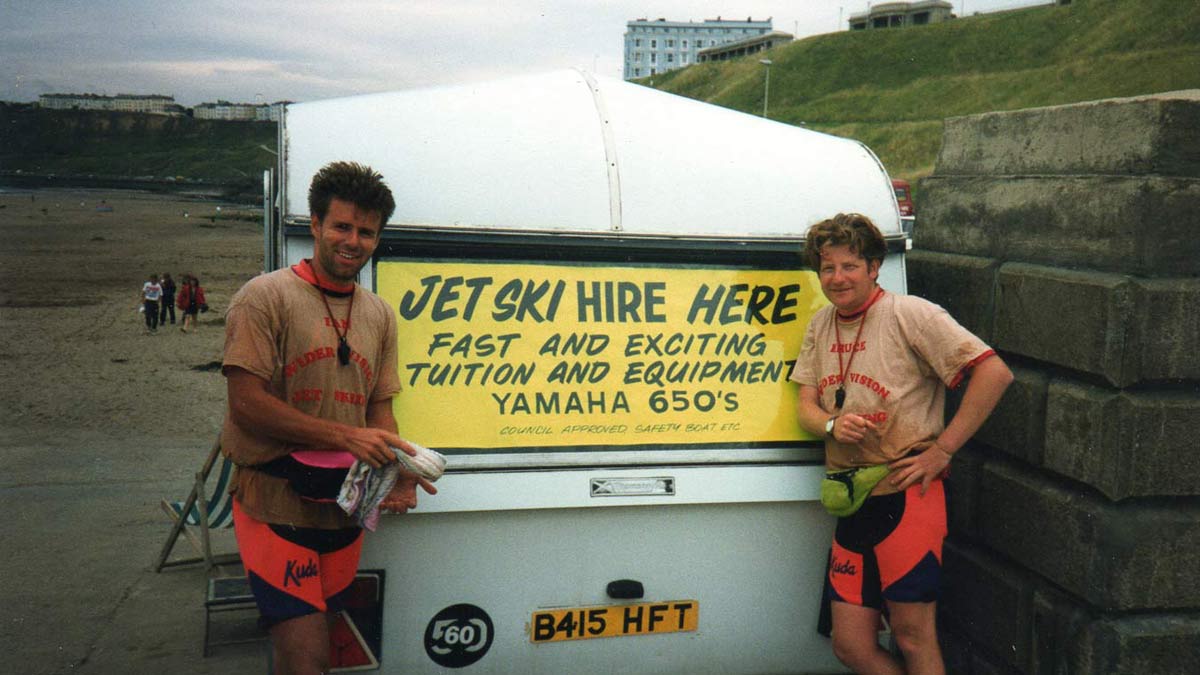 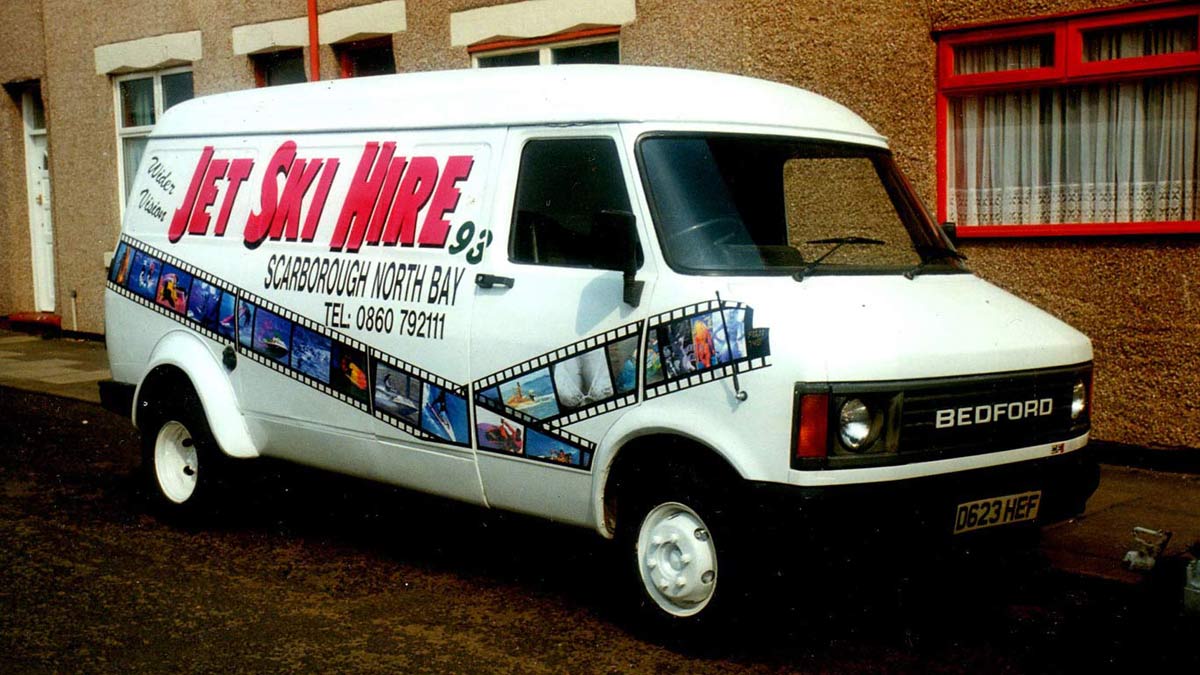 Our first summer season was 1992. When I look back on those early years of our fledgling business it seems we lived a glorious life of friendship, sunshine, music, fun and laughter.

We had consciously decided to build ourselves a "lifestyle business", which although quite profitable during the summer months, was created with the goal of enjoying a life of fun, adventure and freedom.

Of course, we'd had to jump through quite a few local council hoops in order to get set up on the beach, but once approved, we were pretty-much left alone to run our business as we saw fit.

Even though our days were filled with the usual challenges of running a small business, the summers flew by in a blur of fun and laughter.

Year by year the business built.

We'd started in a small caravan on the slipway in 1992, and by 1995 had grown to the point of opening a large beachfront retail shop. 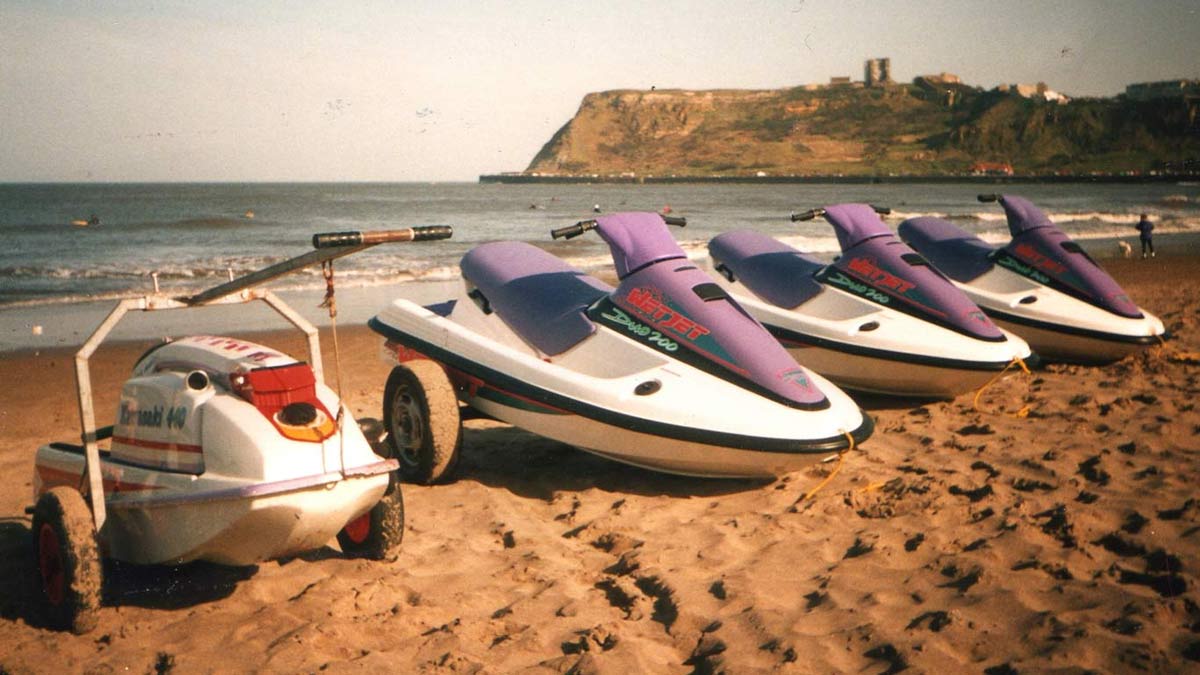 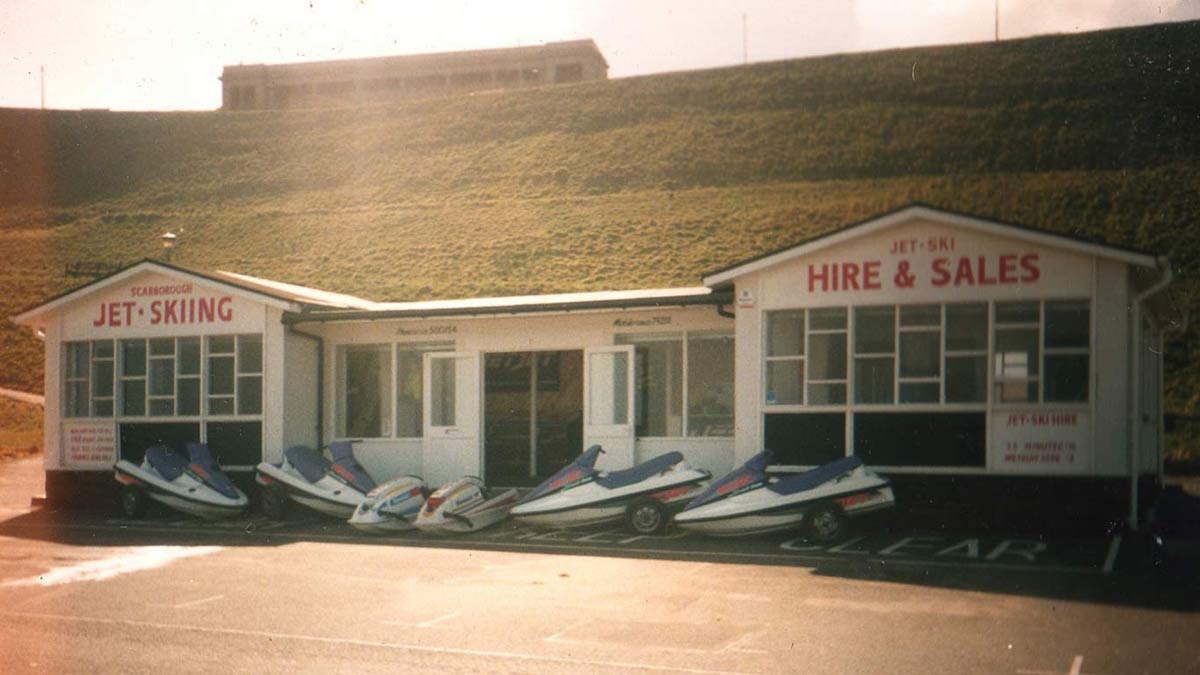 We'd become a main dealer for a new brand range of jet skis, we bought and sold all sorts second-hand jet skis and equipment, we did mechanical servicing, and also carried a wide range of beach accessories for the holidaymaking public.

All this had been added on top of the original rental business, which had grown too.

At the end of the 1996 season we realised that instead of building more freedom for ourselves, we'd built a big trap.

One day that year I realised, as I tinkered with the jet propulsion system of a broken-down hire ski, that it had been weeks since I'd actually been out on the water to have some fun.

Our staff spent more time playing on our jet skis than we did. Most of my time was spent in the shop, usually dealing with one problem or another.

When, at the end of the season, we were made an offer to buy out the business, we decided it was time to move on.

So for me, mainly because of my own personal circumstances at the time, the early years of our business represents the period of my life when I felt the most freedom.

We only had the small rental business to look after, which gave us an enormous amount of time to play on the jet skis ourselves when there were no customers.

We answered to nobody but ourselves. If we'd been out late the night before we could open at 10am the next day if we wanted.

In the rosy glow of reminiscence, it was a time of wonderful freedom.

When do you feel you had the most freedom?

Which was your own personal era of "peak freedom"?