One by one our freedoms were taken away

Just over a year ago, having done very little updating on my personal IanUsher.com website for quite some time, I decided it was time for a bit of a re-brand.

Since my 2008 "life for sale on eBay" decision completely changed the course of my life, I have been fortunate enough to enjoy a lifestyle of great freedom, filled with travel, adventure and inspiring people.

Since 2015, when I was offered an online job as English teacher by my Chinese employer, I felt that I'd found the secret to a life of freedom.

This final piece of the puzzle enabled a combination of three factors, upon which life since then has balanced:

These three aspects of  life, when combined, meant that very little income is needed each month to cover expenses. Eight to ten hours of teaching per week would easily cover all food and travel cost. 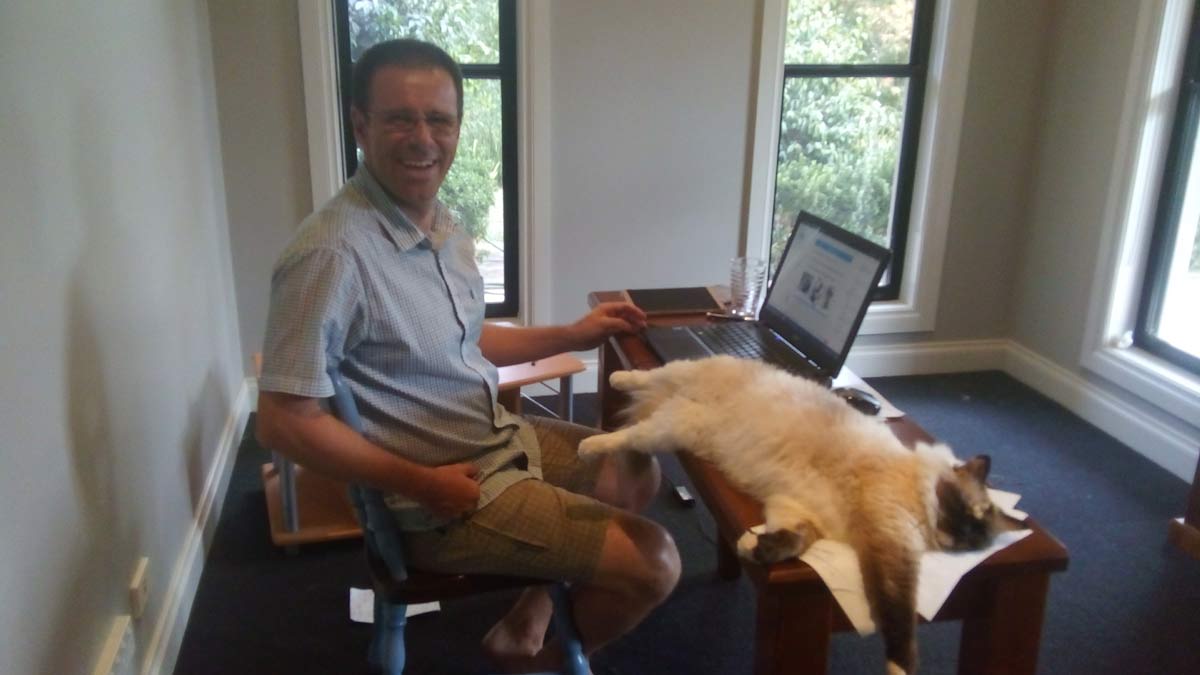 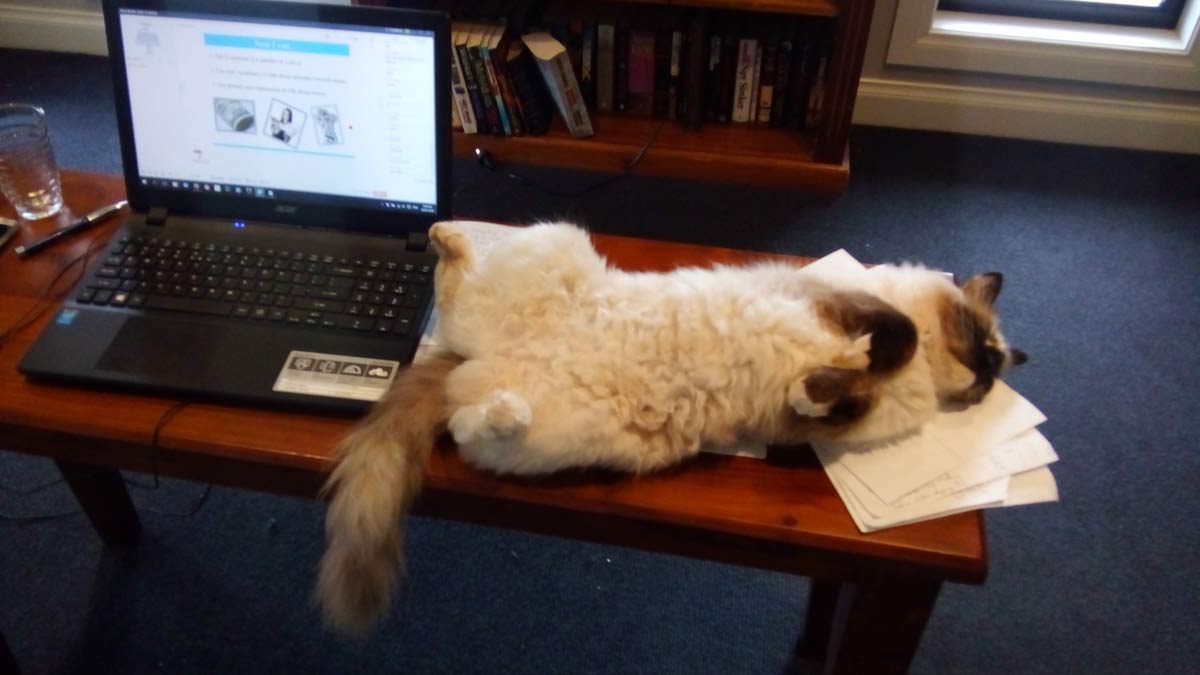 A couple of extra lessons per week would mean that airfares to another continent, or a "between house sits" adventure could be paid for.

Yes, freedom was my passion, and inspiring others to strive for the same goal was what gave me pride and pleasure. Perhaps through this website I could inspire others to build a life that fulfilled their own desires, whatever they might be.

So at the end of 2019 I started working on a full re-design of my IanUsher.com website. I just checked the date... I published the new pages that would provide the new website structure on 20th December 2019.

What a time to start building a website talking about an amazing lifestyle of freedom! Obviously I had no idea what was coming in just a few short months, and how the freedom to travel was going to be severely restricted.

In fact, more than a full year later, as I return to the project, currently viewing it through very different eyes, I see that I never even got the main pages completed. There are still a few blank sections waiting for content to be added.

No blog posts for 8 months

Why such a long delay?

Well, you know the story as well as I do. Life changed dramatically for all of us in the early part of 2020, as the new coronavirus, soon to be known as SARS-CoV-2, spread around the globe.

The whole idea of writing about a lifestyle of freedom seemed ridiculous, when at the end of March, the UK went into its first national lockdown.

Every house sit we had booked - New York, Massachusetts and a return to St. Vincent & The Grenadines in the Caribbean - had to be cancelled. We had to scramble to find a rental home where we could ride out the storm.

We were very lucky to be offered a small rental unit in Cornwall in a beautiful location. 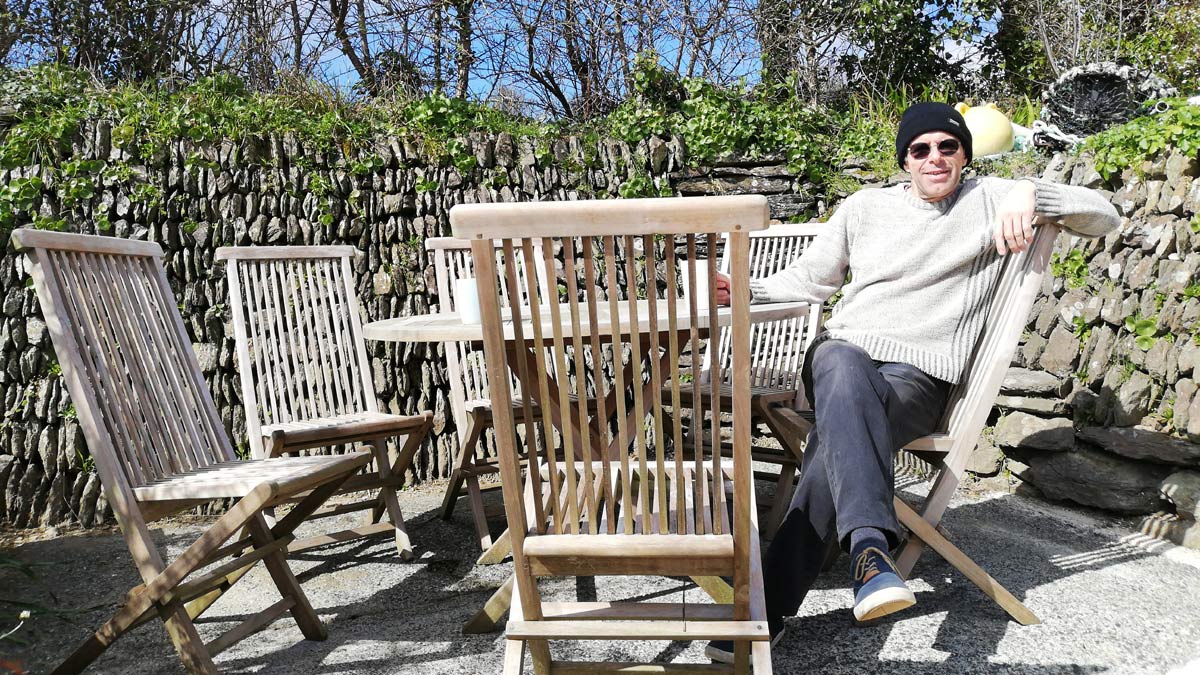 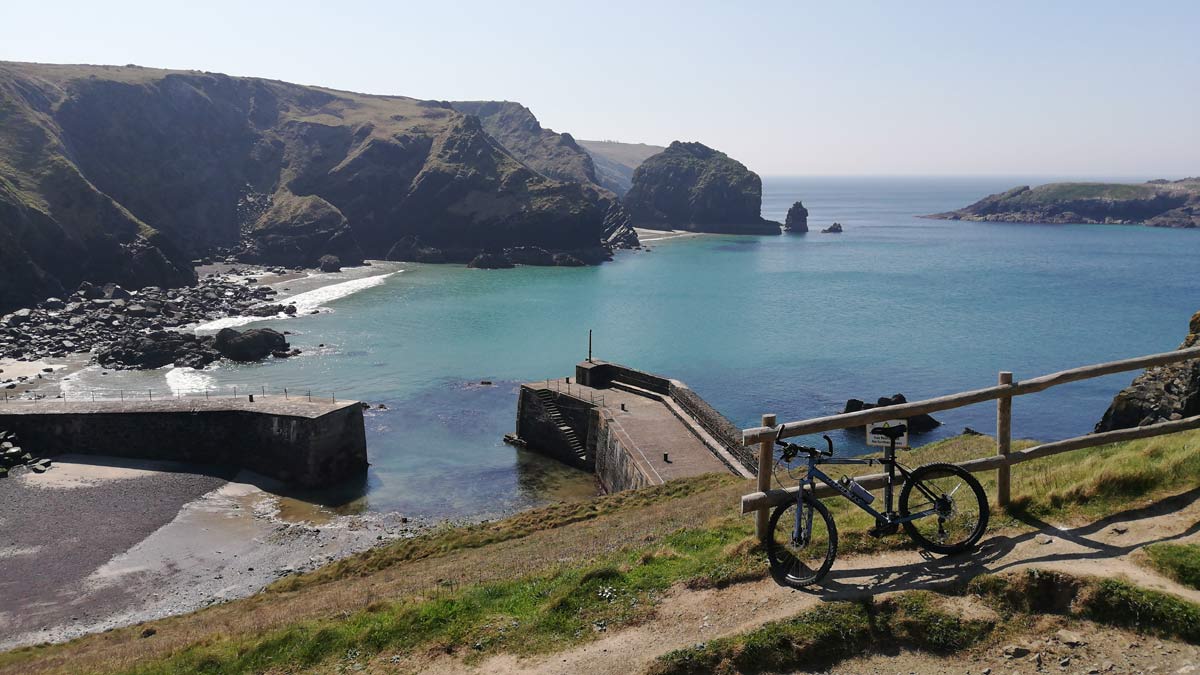 Fascinated and horrified by the pandemic and its spread, my writing interests changed, and I wrote articles about exponential growth, time running out, and mask wearing.

I wrote 5 blog posts in March 2020, but since then have gone pretty-much silent again.

In July the UK opened up again, and we made a tentative return to house sitting, staying in the UK, and doing shorter sits than our previous global travels had involved. 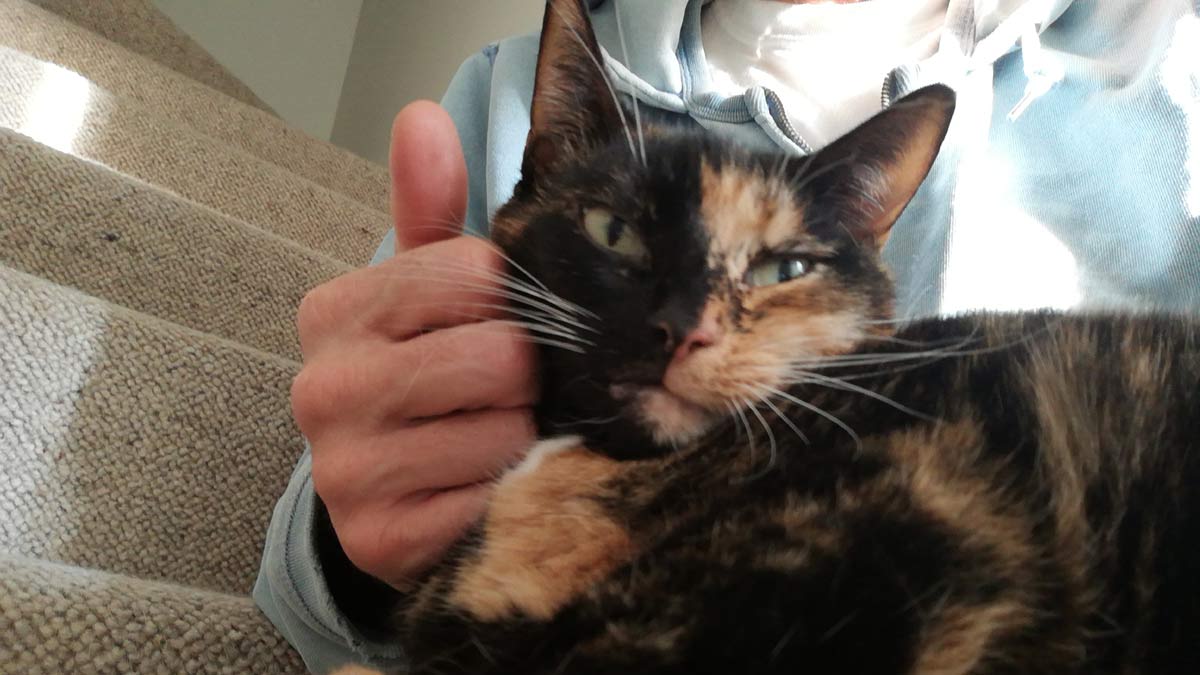 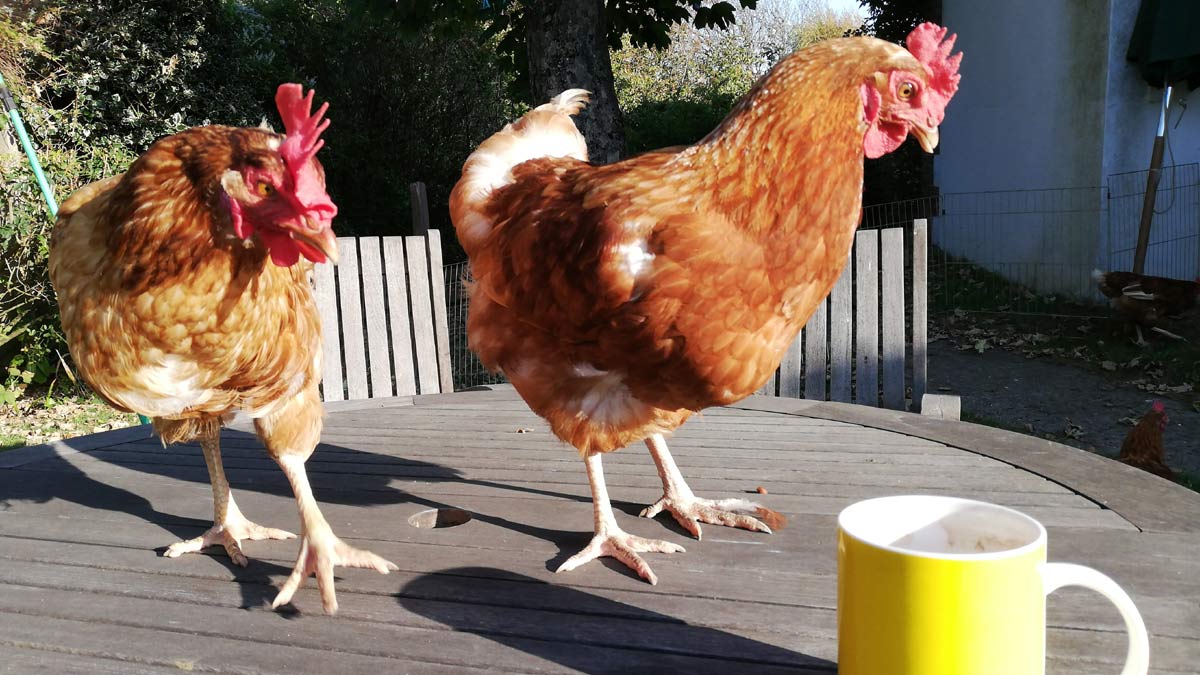 But our life last summer was just a shadow of what it used to be before, and again, writing about a lifestyle of freedom felt like it would be almost meaningless.

Hopefully things would "get back to normal", I reasoned. In late summer 2020, the virus seemed to have passed, and numbers in most countries in the world seemed to be dropping to almost zero. Perhaps we'd soon get back to the globetrotting adventures we missed so much?

Of course, it turns out my hopes were false, and in September and October numbers of "cases" started to rise again, and there was much talk of a "second wave" of the pandemic.

But I had some doubts. Testing was being done on a much wider scale, and even people with no symptoms were being tested, often producing a positive (infected) result. They became a "case".

However, doubt was thrown on the reliability of the PCR tests, and on the way they were being used, and there was much talk of "false positives".

But it was these numbers, coupled with worries that hospitals would be "overwhelmed" that were going to be used to justify a new lockdown.

Seeing the writing on the wall, we took our newly converted campervan and headed for France. 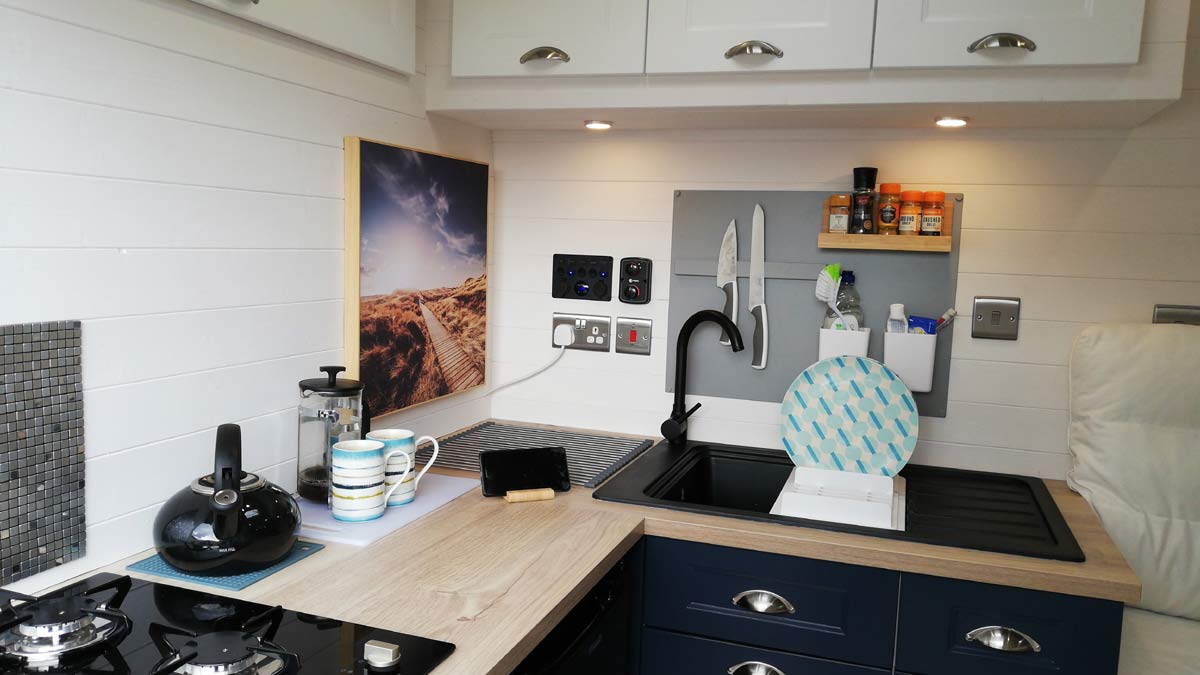 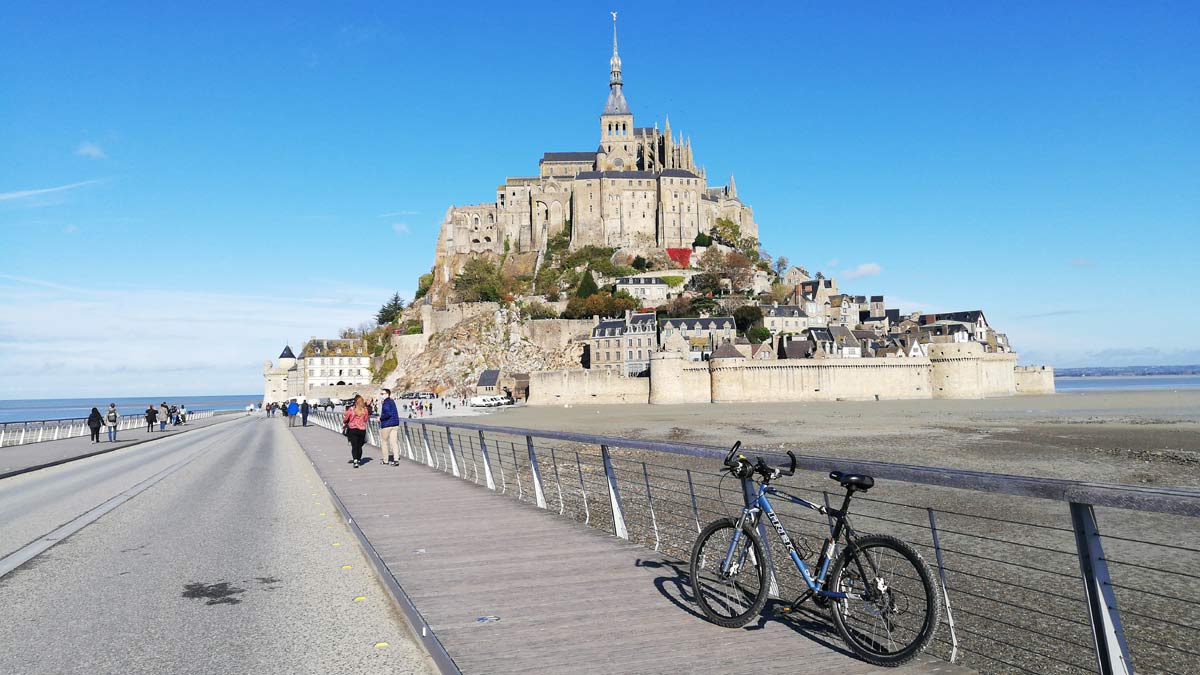 Once again irony would rear its head, as France went into lockdown before the UK did, and once again we had to find a bolthole to ride out the restrictions.

Under French lockdown we had to carry an "attestation" whenever we left the house, detailing what time we had left home, and where we were going. Grocery shopping was about the only reason we could travel anywhere. For exercise we were only allowed outside for one hour, within a one kilometre radius of our home.

It felt like one by one our freedoms were being taken away.

The best way to take control over a people and control them utterly is to take a little of their freedom at a time, to erode rights by a thousand tiny and almost imperceptible reductions. In this way, the people will not see those rights and freedoms being removed until past the point at which these changes cannot be reversed.

A change of outlook

For me, the final trigger which resulted in my doubting the whole pandemic narrative was the surprise announcement of the Pfizer vaccine on 9th November 2020. The oft-touted, extremely optimistic timeline for a vaccine had always been 12 to 18 months, and yet here was Vaccine #1, much earlier than expected.

Hot on the heels of the "good news" Moderna and AstraZenica made similar announcements.

So, in the almost twenty years since the 2002-2004 SARS (severe acute respiratory syndrome) outbreak, caused by the SARS-CoV-1 coronavirus and the nine years since the  MERS (Middle East respiratory syndrome) outbreak in 2012, caused by the MERS-CoV, another coronavirus believed to be originally from bats, there hasn't been a successful vaccine created for any coronavirus. Yet now, within a matter of days of each other, here were three!

Two of those three (Pfizer and Moderna) used completely new vaccine technology, never before tried or tested on people. However, with promising Phase 3 results, reported by the pharma companies themselves, it wasn't long before hasty "Emergency Use Authorization" was given.

Less than a month after the initial announcements, on Tuesday 8th December 2020, Margaret Keenan, a 90-year-old grandmother from Northern Ireland, became the first person in the world to receive the Pfizer COVID-19 vaccine, outside of a trial.

My initial concerns were simply that there had been very little time allowed for consideration of safety, and very little knowledge about how effective the vaccines might actually be.

But over time, the more I have questioned, read and researched the more alarmed I have become at what seems to be going on around us.

There is a huge pro-vaccine narrative being pushed, and any dissenting voices are being silenced, banned, de-platformed and mocked.

It is very easy to label someone as a "conspiracy theorist", and I'm sure many people reading this may have labelled me as such before even getting this far into the article.

However, having questions and doubts over the fastest worldwide roll-out of experimental new technology vaccines surely should be classed as a common sense approach to such a hasty deployment of a new treatment.

Surely any major public health initiative relies on the trust and cooperation of the citizens involved. When any level of concern is marginalized and ridiculed, even censored, then one has to wonder about the motivations behind such a propaganda campaign.

When you tear out a man's tongue, you are not proving him a liar, you're only telling the world that you fear what he might say.

I believe I have a lot more to say on this, and will be posting further blogs over the coming days.

And "freedom" is the topic I'm addressing on my newly updated site, as I originally planned. Ironically though, I'll be talking more about the freedoms we're losing, not those we had.

Freedom is never more than one generation away from extinction. We didn't pass it to our children in the bloodstream. It must be fought for, protected, and handed on for them to do the same, or one day we will spend our sunset years telling our children and our children's children what it was once like in the United States where men were free.

Your “truth” won’t set us free