It’s not mandatory, but…

It’s been almost two weeks since Monsieur Macron’s 12th July proclamation that all health care workers are to be vaccinated, or face severe penalties.

In the same announcement he outlined the roll out of a vaccine passport system, referred to here in France as the “pass sanitaire” – a health pass.

He also threatened that if there wasn’t a suitable voluntary uptake of vaccines in the population, his stated goal being 100% of the population vaccinated, then mandatory vaccines for all may have to be considered.

So, 100% of us are expected to step up voluntarily, or else there will be mandates for all of us. It reminds me of the old army joke... “ I want two volunteers for a dangerous mission... you and you.”

Not much freedom of choice then, is there?

None of this seems to have gone down well with a significant part of the population, as evidenced by the huge rallies and marches in towns and cities across the country (and the world) on Sat 24th July.

More of our experience in Dijon in my next post.

In other countries very similar rulings are being voted in, or being seriously discussed. It is difficult to keep up, as the changes aren’t always trumpeted in the mainstream media.

England’s mandating of vaccines for care home workers was very quietly voted in with little fanfare at all, as discussed here.

Similar rulings are being put in place in Italy and Greece. Ireland looks like it is following suit, and Germany is now floating the same ideas.

Further afield, in Australia, where draconian restrictions are the order of the day, the idea of mandating vaccines is gaining traction. In the US there is much talk about a “pandemic of the unvaccinated”.

In France the pass sanitaire will most likely be required to go to the cinema, a theatre, sports events, concerts, cafes, bars and restaurants, as well as larger shopping malls.

In the UK, on July 19th, the very day nightclubs re-opened, Boris Johnson suggested that by September proof of double vaccination will be required for entry to nightclubs...

A negative test, or even a proof of a previous covid infection won't get you in to a nightclub... only full vaccination. And still they tout the "follow the science" line...!!??

Within days of this announcement other probable locations were added where a “vaccine passport” will be needed.

UK “vaccine minister” Nadmim Zahawi – yes, for those from further afield, this really is a thing – promised in January that there would be no vaccine passports. Like most politicians, it didn’t take long for his promise to be broken. 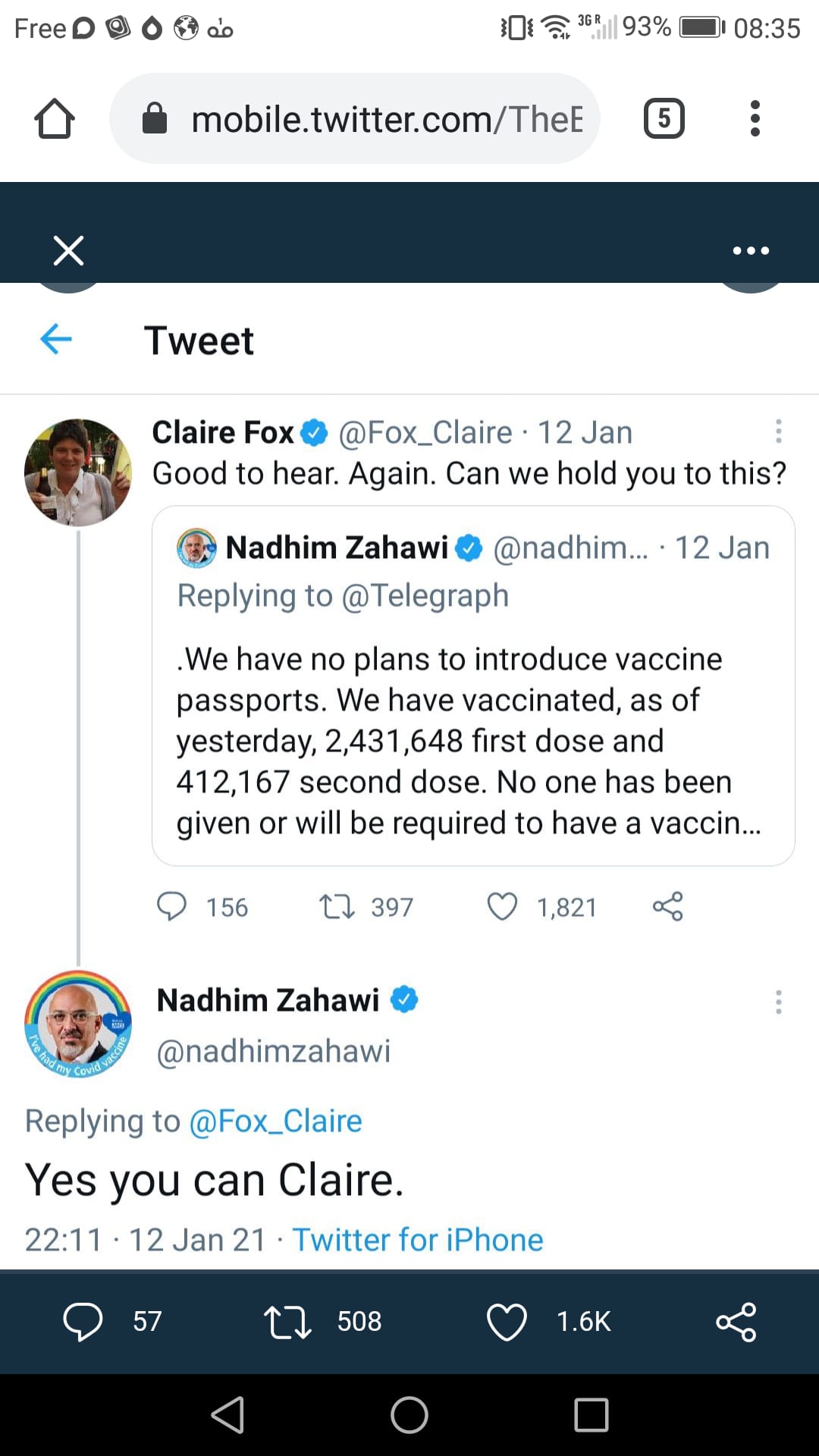 So while certain parts of the populations of many countries are currently facing vaccine mandates, some U-turn politicians try to suggest it isn’t really a mandate, as these workers can decide to look for other employment.

Vaccine passports such as France’s pass sanitaire mean that the net is tightening around others who would like to retain some level of personal bodily autonomy. Life is going to get a lot smaller for those who would prefer to remain unvaxxed.

Are you alarmed yet?

So, it’s not mandatory, but the pressure is being ramped up.

It is becoming increasingly clear that everything is being designed and implemented to make as many people as possible submit to vaccination.

Whatever your thoughts on the virus, the lockdowns, your government’s response, and how “safe and effective” you believe the vaccines to be, surely by now this is starting to look at least a little alarming?