One of the most common phrases currently being used to discredit any claims of vaccine-induced injuries or deaths is, "Correlation does not imply causation."

Which of course is quite true. Just because someone ate strawberry cheesecake the day before a fatal heart attack does not suggest a cause-and-effect relationship between the two events.

The same argument is used when vaccine sceptics point out the huge numbers of adverse events and deaths being reported post-vaccination. Just because vaccination occurred doesn't necessarily mean this was the cause of a heart attack / blood clot / stroke / death.

But the huge numbers of deaths being reported would suggest this logic implies an awful lot of coincidences are occurring.

Does anything look unusual to you on this graph from the US VAERS (Vaccine Adverse Events Reporting System)?

Current registered reported numbers of deaths after vaccination as of late October 2021 are:

Let's take a look at the wording from the Australian government TGA website about reported deaths:

"Large scale vaccination means that some people will experience a new illness or die within a few days or weeks of vaccination. These events are often coincidental, rather than being caused by the vaccine." [emphasis added]

True enough, some of these deaths will have nothing to do with the vaccine. Deaths such as this are sometimes referred as "background deaths" - deaths which would have happened anyway.

The report goes on to state:

The TGA reviews all deaths reported in people who have been recently vaccinated. As the number of people being vaccinated has increased, so has reporting of fatal events with a coincidental association with vaccination. [emphasis added]

Again, this is true. In the graph above from VAERS, an argument can be made that the huge spike in 2021 is partly because of the high rates of vaccination... millions of people all vaccinated within a very short timeframe. We've never targeted the entire population in this way. More vaccinations will result in more "background deaths" being reported after vaccination.

Our review of individual reports and patterns of reporting does not suggest that the vaccines played a role in the vast majority of these deaths.

So if the vaccines didn't play a role in the vast majority of these deaths, how many did it play a part in?

The TGA has found 9 reports of death that were linked to immunisation from 629 reports received and reviewed.

So, yes, the vaccines can be the cause of death, and links have been confirmed in some cases.

However, the implication of this is that TGA are suggesting that the other 620 reports may just be "background deaths".

Back over to VAERS in the States, this graph (below) would suggest otherwise. If deaths after vaccination were coincidental, and unlinked to the vaccine, then you would expect a roughly even distribution of deaths over the days after vaccination.

Why then are there two huge spikes at Day 0 and Day 1 following vaccination, with deaths trailing off afterwards?

Here's another chart which seems to show a couple of "coincidences". The blue line on the chart shows number of vaccine doses given per 1,000 of the population in Israel.

You can see a huge peak during the initial roll-out of the vaccines through January and February, and a second peak as booster jabs were given in August.

The red line shows number of deaths per 2,500 of the population.

Can you see any similarities? 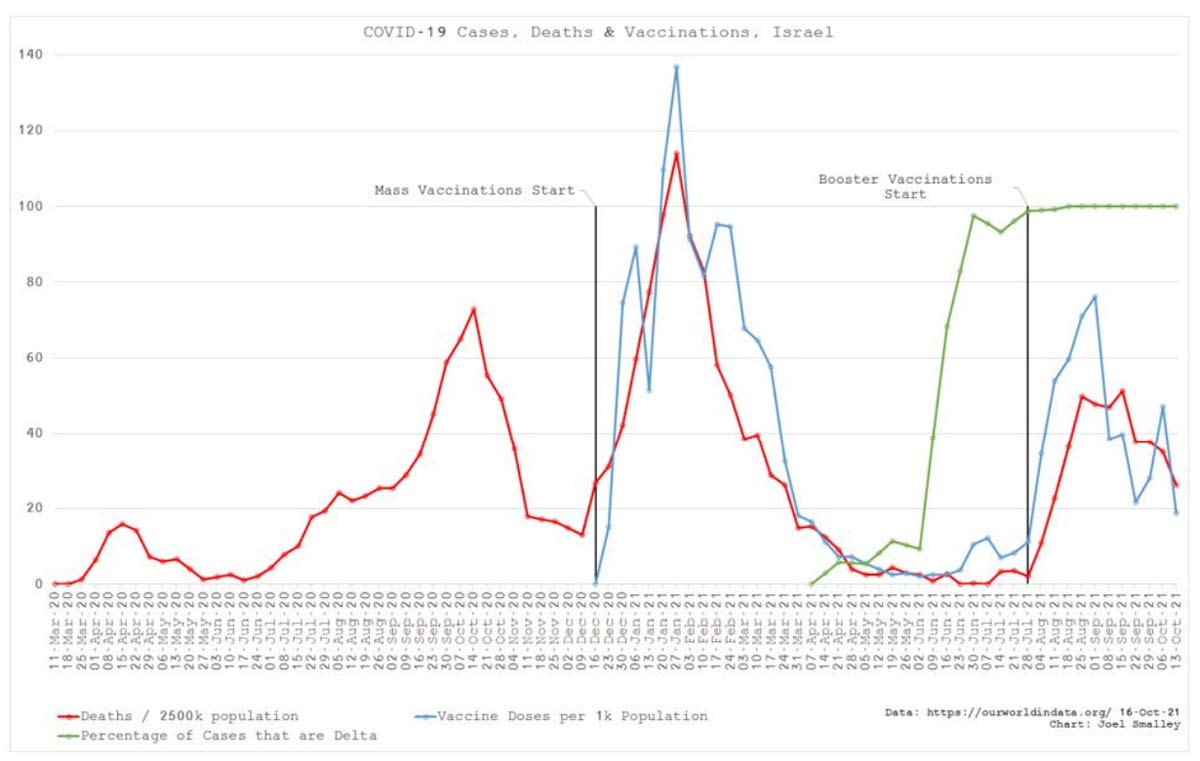 Maybe it is all just coincidental. After all, correlation does not imply causation.

How about this video, which shows in many countries the number of deaths sky-rocketing soon after the start of the vaccination campaign.

The report states: "Montclair Rugby Football Club player Tevita Bryce was setting up a play when he collapsed to his knees and had a heart attack on the field. The opposing team, Morris Men's Rugby, had a medical trainer who was able to start chest compressions."

Neither this report, or any of the others I found about the incident, thought to wonder why a healthy, fit 28 year old had a sudden heart attack. None of the reporters wondered if he might have been vaccinated recently.

Tevita Bryce was very lucky to survive. On this GoFundMe page, where Tevita's friend is trying to raise $75,000 to cover his medical expenses, details say that he flatlined while on the operating table.

His wife's Facebook page would suggest that he was: 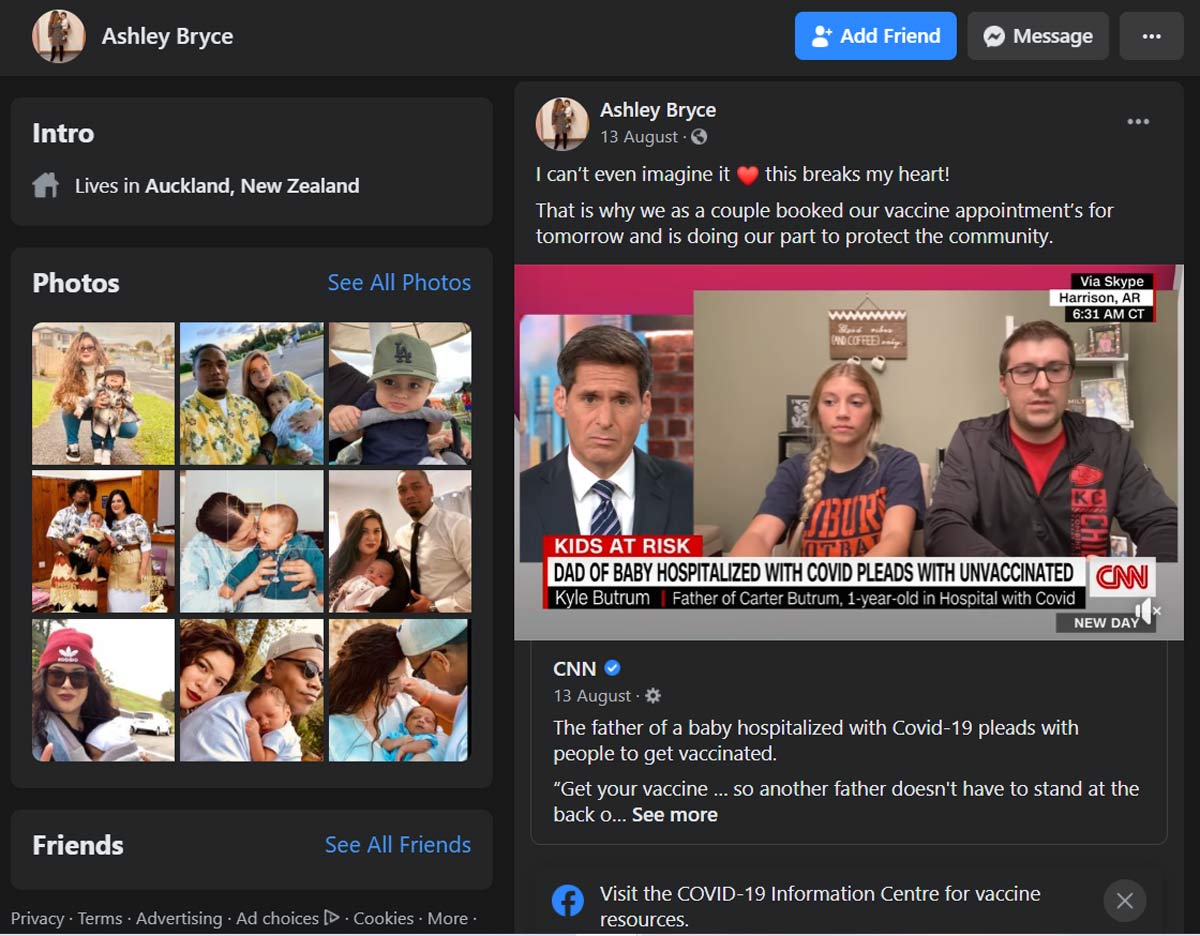 If the couple attended the appointment on 14th August, they would most likely have had their second jab in early- to mid-September.

Of course, a coincidental heart attack in a fit healthy, rugby-playing 28 year old just over a month after his vaccination doesn't prove causation.

I've been a long-time follower of Hugo Talks, and I sent a quick email to him this morning with these details. Here's the video he made about the incident.

Watch to the end, as it details many many more similarly "coincidental" heart attack and deaths in young healthy people, many while playing sport.

But don't worry, because correlation does not imply causation. It's all just coincidental, according to our governments and health departments.

Nothing to see here!